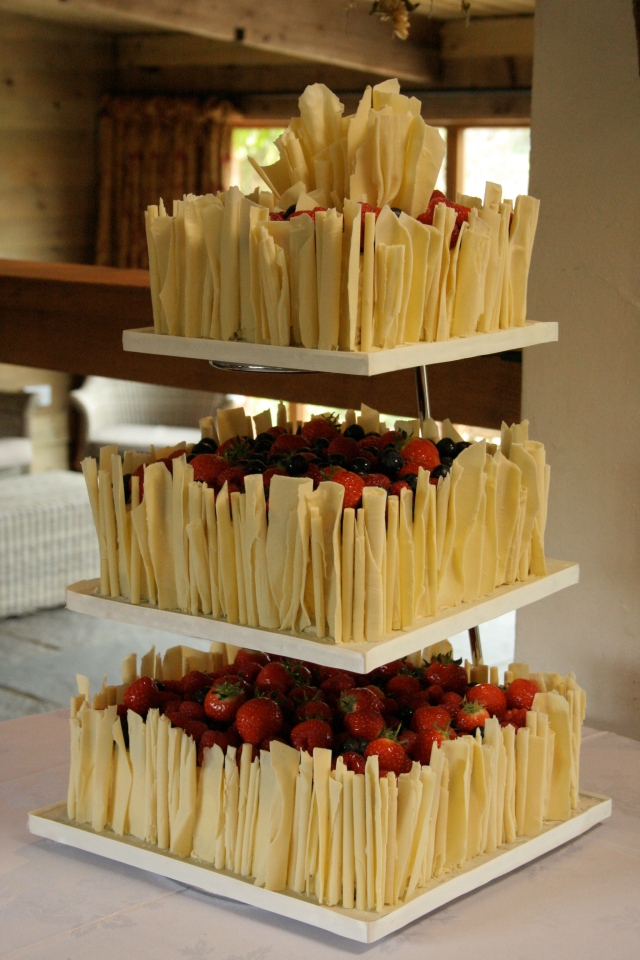 The theme chosen for this cake was shabby chic to suit the venue, a converted barn.

The cake inside was a genoise sponge with raspberry flavours going through it. All the chocolate curls and cigarettes were handmade so they don’t look uniform like ready made ones do.

The chocolate cigarettes were made using the standard technique – spread on the marble and roll with metal scraper.

The other pieces proved to be more difficult to make. After struggling with acetate and warm trays,  I seem to have discovered a very effective and easy technique.

Instead of using acetate to create the shapes, I used rectangular strip of parchment paper. The tempered chocolate was spread unevenly on each strip and shaped just as it was setting. This method gave me the flexibility to mould them into curly shapes even after the chocolate had just started setting. All I had to do was rub them between my palms. This created enough heat to twist without breaking.

In all, I created around 250 pieces of chocolate and nearly all of them were used in the cake.

In the groom’s own words ….. “All I can say is WOW! It really looked amazing thank you so much. … All those who ate it said it was out of this world.”